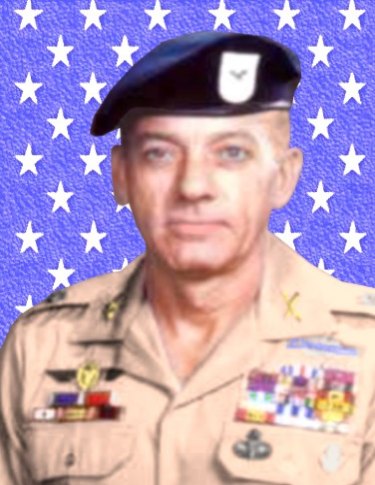 Master Sergeant Ola Lee Mize, then assigned as a Sergeant to Company K, 15th Infantry Regiment, 3rd Infantry Division earned the Medal of Honor during the period 10-11 June 1953 near Surang-ni, Korea. Sergeant Mize, while a member of Company K, distinguished himself by conspicuous gallantry and outstanding courage above and beyond the call of duty in action against the enemy. Company K was committed to the defense of "Outpost Harry", a strategically valuable position, when the enemy launched a heavy attack. Learning that a comrade on a friendly listening post had been wounded, he moved through the intense barrage, accompanied by a medical aid man, and rescued the wounded soldier. On returning to the main position he established an effective defense system and inflicted heavy casualties against attacks from determined enemy assault forces, which had penetrated into trenches within the outpost area. During his fearless actions he was blown down by artillery and grenade blasts three times but each time he dauntlessly returned to his position, tenaciously fighting and successfully repelling hostile attacks. When enemy onslaughts ceased he took his few men and moved from bunker to bunker, firing through apertures and throwing grenades at the foe, neutralizing their positions. When an enemy soldier stepped out behind a comrade, prepared to fire, Sergeant Mize killed him, saving the life of his fellow soldier. After rejoining the platoon, moving from man to man, distributing ammunition, and shouting words of encouragement he observed an friendly machine-gun position overrun. He immediately fought his way back to the position, killing ten of the enemy and dispersing the remainder. Fighting back to the command post, and finding several friendly wounded there, he tool a position to protect them. Later, securing a radio, he directed friendly artillery fire upon the enemy"s routes of approach. At dawn he helped regroup for a counterattack which successfully drove the enemy from the outpost. Sergeant Mize"s valorous conduct and unflinching courage reflect lasting glory upon himself and uphold the noble tradition of the military service.